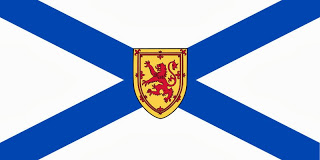 I hope you all enjoyed your summer. I stepped “over the counter”, so to speak, and traveled over the country to Nova Scotia, for a week of sightseeing and enjoying the food and the people I met. We were lucky enough to stay with friends who showed us their province. From Grande Pre’ where the Acadians were forced into exile in the 1700’s, to the memorial for Swissair Flight 111 which crashed in the Atlantic 8 kilometers from shore near Peggy’s Cove in 1998, to the spectacular military tattoo in Halifax, we had a wonderful taste of what Nova Scotia is all about. The landscape may look different than Alberta, but one thing is certain; the people are just as friendly. We celebrated Canada Day in New Germany and do they ever know how to do it right! An early breakfast was followed by a parade and then a “garden party” which included an oxen pull competition, a stage for local talent, and lots of food booths. Great summer holiday, now it’s time to get back to framing!