What our Clients Have to Say 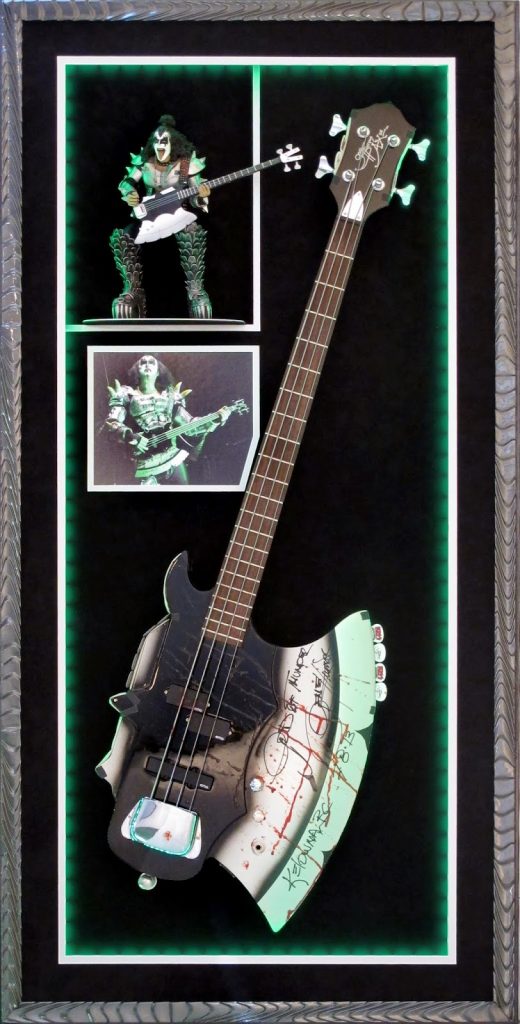 Steve and his wife Michelle English travelled all the way from Trail B.C. to Red Deer Alberta to get his collector guitar framed at the Framing Nook. They’ve done quite a bit of framing with us before, and loved our quality and service.

Steve managed to go to a Kiss concert in Kelowna B. C. in July 2013, and he bought the guitar that lead singer Gene Simmons was using that night, acquiring it back-stage from the group’s manager.

When we asked if they liked the framing, Steve replied: Love it! – we’ll definitely come all the way back to The Framing Nook for our future framing jobs!

The frame includes a nice action shot that Steve took live at the concert. We also mounted a collector action-figure of the guitarist into a deep shadow box frame. Special mounts were made so that the guitar remains in its original condition. We added a really cool feature as well – a special rope array, of tiny lights around the frames perimeter that is controlled by a remote – Steve can change the colour of the lights, and the rate of flashing etc. Everyone that has seen it says ‘it’s way cool!’