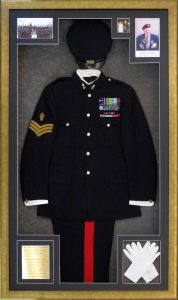 At The Framing Nook, we are pleased to be able to help many of our clients remember special events and celebrate the lives of loved ones, such as we were able to do for Lorraine Kerik, whose father, Sgt. Russell Pyett, having served in World War II and the Korean War, recently passed away. Recently Lorraine brought in her father’s Royal Canadian Engineers Dress Blues (also known as his Mess Kit), and his medals & a few photos, and we mounted these into a fine display which now hangs on the walls at the Lindsay Thurber Composite High School in Red Deer. In that many of the Pyetts have called LTCHS home for many years, and Sgt. Pyett having been well known at the school and present on many occasions, in particular, the Remembrance Day ceremonies, Lorraine & the family donated the framed display in honour of her father, as a memorial keepsake for the school. We were invited to attend the unveiling and were proud to be a part of such a great way to remember those who gave us the freedom we enjoy today.

Lorraine also had us frame a display for herself, which includes many of her father’s belongings which now are nicely displayed on her wall at home, to remind her, her family  & her guests of all the contributions given &  sacrifices made. Thank you Lorraine. Thank you Sgt. Pyett. Thank you to all the brave soldiers.

Words cannot express the debt we owe, nor the    thanks we give to those who gave their time, and at the very least risked their health or life, for all of us Canadians today! I am often ashamed of how little we know about the suffering and sacrifice that many soldiers, as well as their wives & families, endured in order that we today can enjoy the peace that exists within our beautiful country.

What better way than to pray the Royal Canadian Engineers prayer:

Almighty God, we pray thee to bless the Royal Canadian Engineers.
May our bridges always stand,
and our charges never fail,
our members be ever loyal,
and our officers worthy of their loyalty.
May we work diligently in all our purposes and
be skilled in our trades;
steadfast for Queen and Country everywhere.
Amen. 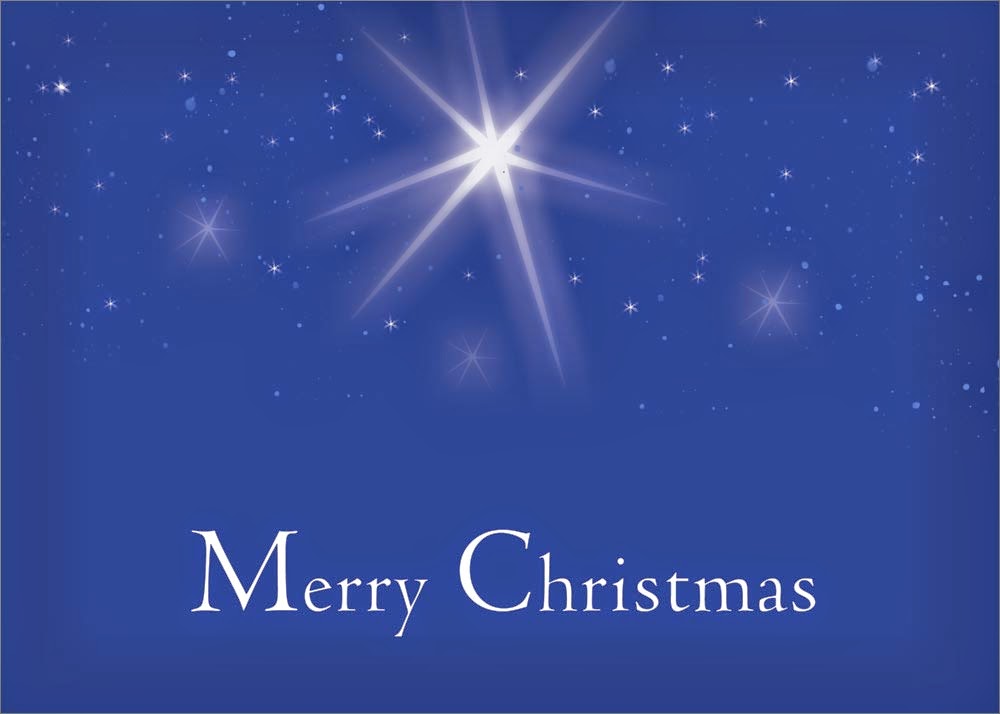 Now that Halloween is past, we can expect the white cold flakes to appear and stick around for a few months in Central Alberta, and thoughts usually turn toward Christmas time.  Yes, I already have some gifts purchased for the Grandchildren!  My Husband plans to sing in a choir mid-December.  Last week one of our children asked what our plans were for Christmas this year and another posted on FB a picture of paper star ornaments she had just made.  Last weekend someone asked if I did much Christmas baking anymore.  A relative asked if we were planning to travel 12+ hours to visit them at Christmas time.  Another person asked me if I thought the Star of Bethlehem was a comet.  Snow, gifts, crafts, singing, baking traditions, travel, stars.  Plenty of plans and questions already and it’s only mid November!  And so as I think about some of these plans and answers to these questions, my mind turns to deeper thoughts, like, yes, “Why do we do these things?” or “Was that traditional Christmas star really a comet instead?” or “Are all these things really necessary to be doing?” or “Ya, what do I believe about signs in the heavens?”  Maybe it’s part of my “mid-life crisis” to ponder these type of things or maybe it’s older age questioning traditions or maybe it really is from the spiritual realm of curiosity wanting me to look deeper, to do some research on certain beliefs. I don’t know, but it certainly is interesting to see what pops up on Google when I punch in some of these questions!!

“Oh, my stars!”  just popped into my head – a phrase one of my Grandmothers used to say alot.  Ok, wait a second!  That does it.  Time out!  Time to watch a video on the web about the most famous star ever:  http://www.youtube.com/watch?v=zPHKg0M3mEo “The Star of Bethlehem”, produced by Stephen McEveety, presented by Rick Larson is what I just watched.   ASTRONOMICAL!  Gave me goosebumps – you too? 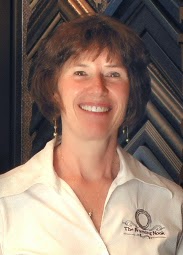 After helping you, our clients for 7 years, Joanne has decided to retire from The Framing Nook. Working here since January 2008, Joanne has learned an amazing amount & really applied it to the work she did. She was extremely reliable and did a great job!

We will all miss Joanne! She has been a real pleasure to work with – a fine person and a great framing designer. Many of you have gotten to know her as such and will surely miss her warm greeting. Our latest addition, Lindsay, has big shoes to fill! (You can meet Lindsay in the separate article as she introduces herself!)

We wish Joanne all the best – God bless you as you can now spend more time with your family & friends! 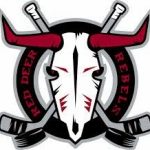 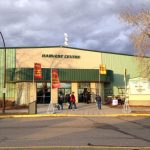 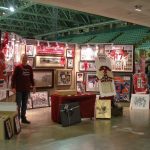 Agri-Trade Red Deer 2014 was held a week earlier this year than what it was in the past. Weather-wise, the timing was great for set-up and take-down times. There was no snow on the ground and temperatures were above freezing! One day the temperatures got into the mid teens and I spotted a couple of guys wearing shorts! I don’t think I’ve ever seen that before at Agri-Trade! It was really nice not to be freezing cold and all bundled up in coats and mitts this year. I’m sure the farmers enjoyed taking their time looking at the outdoor displays too.

If you’re a regular Agri-Trade attendee, you probably noticed some changes the committee has made over the last couple of years. As usual with any change, some people are benefitted and others are not. After 2 years of testing if these changes would be good for The Framing Nook, we have concluded that continuing to have a booth display present at this event doesn’t seem beneficial for our business. So at this point in time, we have decided not to be an exhibitor next year…but, time will tell.

However, we will continue to have a display, once or twice a season at the Rebels home games. Look for us on Friday, November 21 – we will have some great deals for you!

What our Clients Have to Say

Steve and his wife Michelle English travelled all the way from Trail B.C. to Red Deer Alberta to get his collector guitar framed at the Framing Nook. They’ve done quite a bit of framing with us before, and loved our quality and service.

Steve managed to go to a Kiss concert in Kelowna B. C. in July 2013, and he bought the guitar that lead singer Gene Simmons was using that night, acquiring it back-stage from the group’s manager.

When we asked if they liked the framing, Steve replied: Love it! – we’ll definitely come all the way back to The Framing Nook for our future framing jobs!

The frame includes a nice action shot that Steve took live at the concert. We also mounted a collector action-figure of the guitarist into a deep shadow box frame. Special mounts were made so that the guitar remains in its original condition. We added a really cool feature as well – a special rope array, of tiny lights around the frames perimeter that is controlled by a remote – Steve can change the colour of the lights, and the rate of flashing etc. Everyone that has seen it says ‘it’s way cool!’